How about a superfood infused vodka?  That’s what you get with this Goji Berry Infused Vodka!  Post may contain affiliate links. 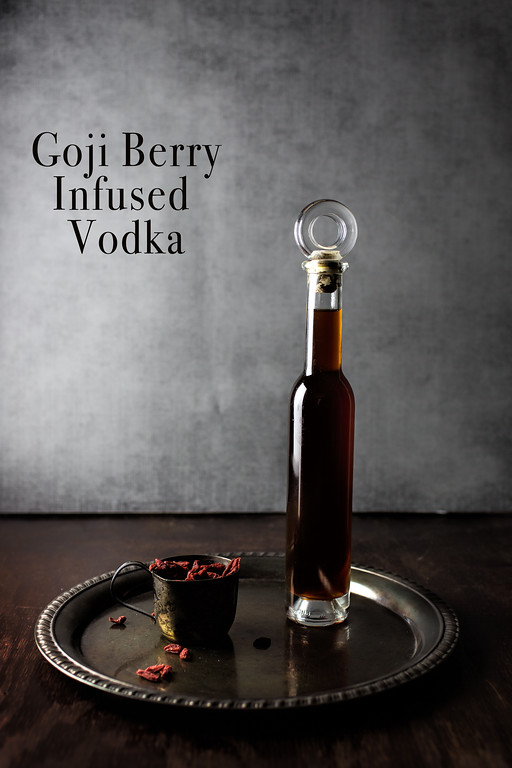 I don’t know about you, but I’m pretty big into superfoods.  I figure if I’m going to eat, I might as well eat something with a little extra punch.  I’m also pretty big into infused liquors.  So, when I saw Goji Berry Infused Vodka in Zen and Tonic, it immediately went on the to-make list!  I had already made the Summer Thyme cocktail from the book and loved it.  I always have Goji berries on hand because I use them in smoothies and in our granola, and of course, I also always have vodka!

If you’ve never had them it’s kind of hard to describe what they taste like.  As a matter of fact, I just googled it and someone said they are kind of reminiscent of dried cranberries or cherries.   I think are also a bit raisiny.  It’s a flavor that seems like it would lend itself to sweet and savory purposes.  The infused vodka has an earthy, dried berry flavor.  In the book she recommends using it in a Superfruit Sangria.  I also think it would be good in some winter cocktails.  I’ve had it in a vodka tonic and it was yummy!   The recipe doesn’t make a lot, so it’s a fun recipe to try without committing to a whole bottle.