A review of Granite City Brewery in St. Louis, Missouri. 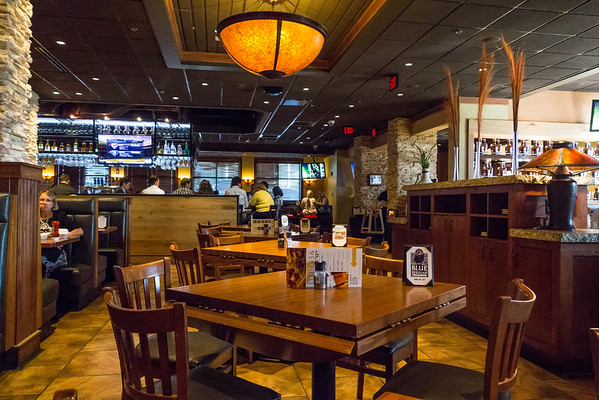 On a recent visit to St. Louis, we were looking for a brew pub type of place to eat that wasn’t too far from where we were staying.  When we saw Granite City Brewery pop up, that sounded perfect.  Since Granite City, Illinois is just across the river from St. Louis, we assumed that was where the name came from.  We didn’t realize until we got there that it was a chain restaurant.   When we walked in and sat down, the first thing we noticed was that we really liked the layout of the restaurant.  The space was used well.  Even though we were sitting at a 4-top table in the middle, it didn’t feel cramped.  We decided it was because the tables were arranged in a diagonal, corner to corner.  It really helped it feel open.

First things first, we settled on a beer flight for the hubs and a water for me.  All of the beers were really good.  I especially liked the double IPA – but then I am a huge fan of a good hoppy IPA.

I had been craving a pizza for days, so I chose the Maple Pepper Bacon and Tomato Flatbread Pizza and the hubs chose The Fish Taco Trio. 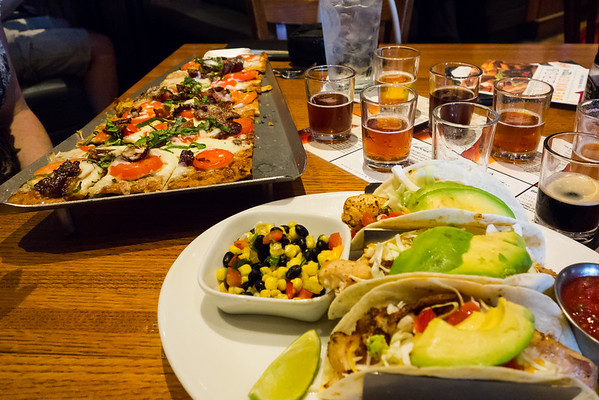 My flatbread pizza was fantastic!  I ate it all except for two tiny pieces I allowed the hubs to eat.  It was perfectly crispy and the maple pepper bacon was fantastic.  The fresh basil on top added just the right amount of pop to it.  The hubs said his tacos were good and he especially liked the black bean and corn side dish.  He had his topped with avocado and they were very generous with it!

Overall, we loved everything from the atmosphere, the beers and the food!  Will definitely go back when we visit St. Louis again, or even better head up to the one in Franklin, TN.