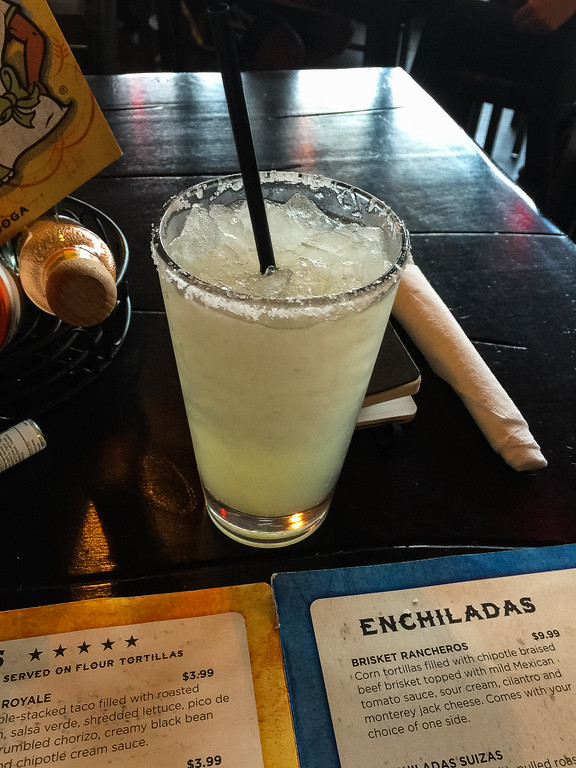 I feel like I’m probably the last person in Chattanooga to try Taco Mamacita’s.    The several times we’ve tried to eat there, it’s been so crowded, we didn’t want to wait.  That and the fact that it has pretty mixed reviews, didn’t move it to the top of my list.  However, last Saturday we found ourselves downtown early enough on a Saturday evening that we only had to wait 10 minutes.

First things first, we both chose margaritas, I forgot to write down the names, but mine was the cheaper model and my husband’s was a little more expensive.  Mine was the weakest margarita that I’ve ever had.  It tasted primarily of mixer – not a hint of tequila or even lime juice.  My husband’s was a little better, but not much.  $16 for two weak margaritas when we can go to our favorite Mexican restaurant and get a pitcher of Top Shelf margaritas for $19!  Definitely not a win on the margaritas.

Second of all, no chips and salsa!  I know I could have paid for them, but I was already overpaying for a weak margarita, so I’m glad we chose not to get them. 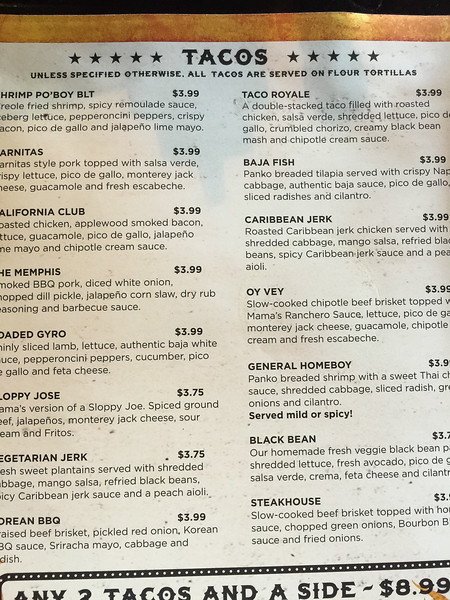 We both chose the option for 2 tacos and a side for $8.99.  There was a nice selection of tacos and I had a pretty hard time choosing.  I settled on Baja Fish and Korean BBQ, my husband chose The Taco Royale and the Caribbean Jerk and we both chose the black bean and corn salad for our side.

Let’s start with the good.  My Korean BBQ taco was excellent.  It was spicy and flavorful, perfectly balanced.  The Baja Fish taco was very boring.  The fish was cooked well and it was topped with cabbage, radishes and pico and cilantro.   The topping was very dry, it needed a sauce or at the very least a squeeze of lime.  The black bean and corn salad was very runny and weirdly bland.  The sauce tasted like the liquid that comes with canned beans, the kind you usually drain and rinse off. 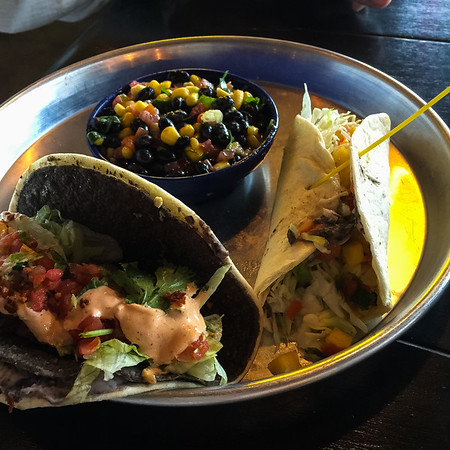 The husband’s Taco Royale was very good,  and the Caribbean Jerk was good.