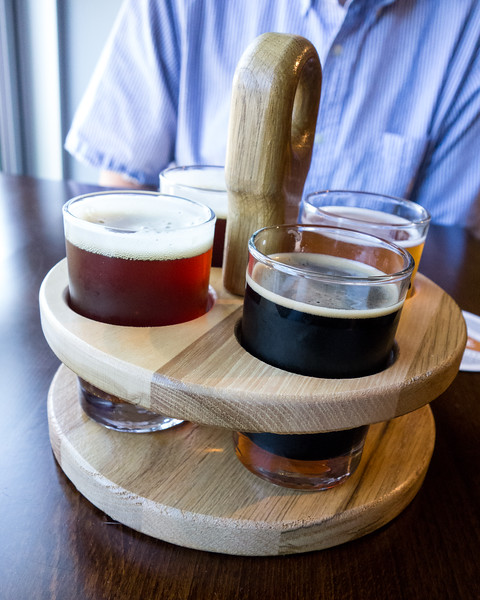 I mentioned in my review of O’Fallon Brewery that on a recent trip to St. Louis, we stayed at a hotel near Westport Plaza.  We were thrilled to learn that there were 2 brewpubs just minutes from our hotel.   One of those was Six Mile Bridge.   Since they didn’t serve food, other than a food truck that came and set up, we decided to just stop by for a beer flight before heading off to dinner. 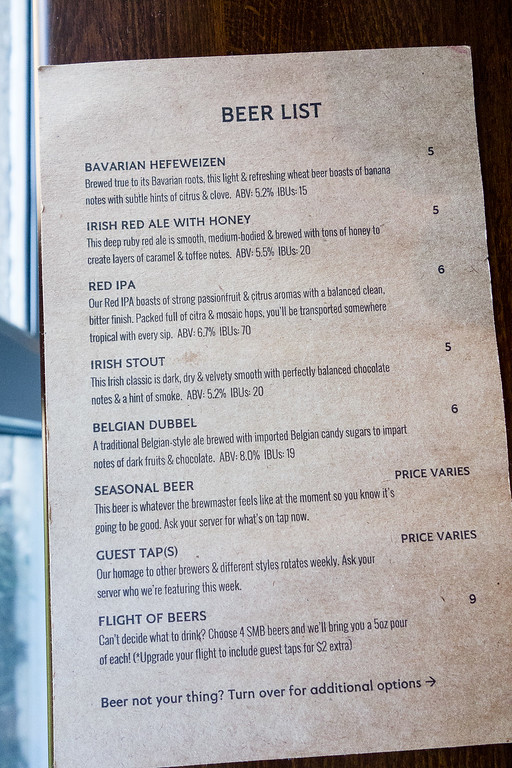 It is located in a small strip mall.  The space inside is industrial with a small bar/tasting area and then another room with a few tables.  We chose a table by the window.  The first order of business was ordering the flight.  You get a flight of beers for $9.00.  We got the Red IPA, Irish Stout, a Blood Orange Coriander Belgian Wheat and an Irish Red Ale.  Being an IPA girl, the Red IPA was my favorite, though they were all tasty.

As we were drinking our beers, the food person came in and started bringing in several slow cookers full of food.  It was Plantain Girl.  She was setting up signs as we were leaving, so I don’t know what she was serving.

It was a good place to stop in and have a beer flight and then maybe stay and drink one or two your favorites.  Whether or not you eat there, might depend on what food catering is set for that day.  The day after we visited was Frankly Sausages.   I like the idea of a different food option each day.  You could visit several times and get a wide variety of food!