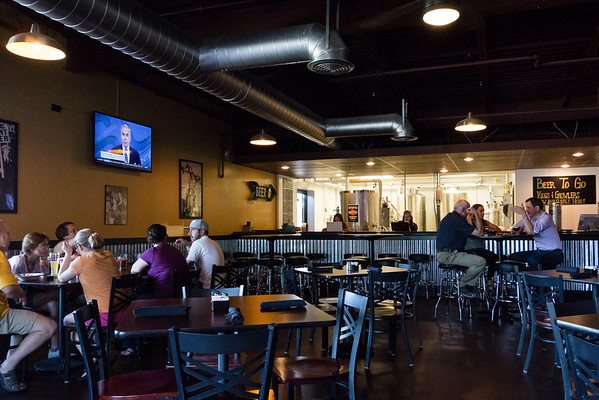 On a recent trip to St. Louis, we decided to stay in a hotel in the Westport Plaza area.  It turned out that this was a wonderful area, with lots of nearby restaurants to try.  Our first task was to try some brewpubs, which seem to be popping up everywhere.  Sure enough, there was one only minutes from our hotel!  We walked into Standard Brewing Company around 5:30 on a Friday evening.  It was not yet crowded, with a few tables filled with people who looked like they had just gotten off of work.  They have a large area with plenty of tables with an industrial decor.  You could see the brewing works on the side behind the bar.  While we were there, I watched someone working on the computer and then going back and doing something to one of the tanks.  Interesting! 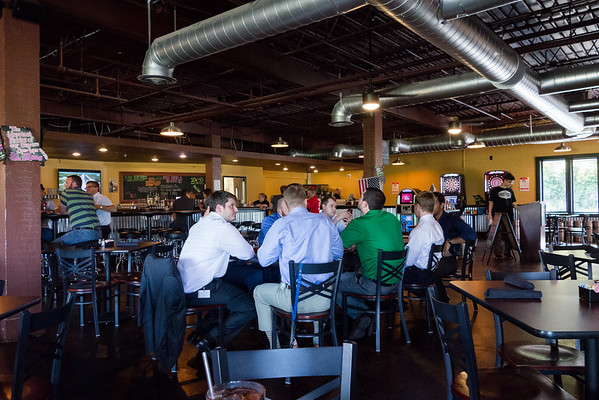 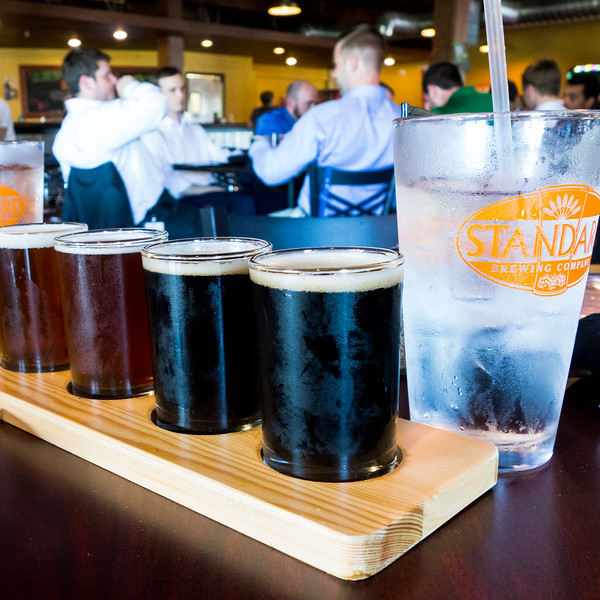 Our waiter appeared almost immediately after we sat ourselves.   Our first order of business was ordering a beer flight.  The beer flight was a dollar off for happy hour so it was $8.00.  I liked that it was served with a piece of paper with the names of the beers on it.  We had the Pale Ale Good Hop Nice Hop, The Double Standard, Hot Rod Black IPA, and 10W 40 Stout.  They were all good to excellent.  My favorite was the double standard – a double IPA, but with some nice malty flavor too.

Let me just say that this was probably the best fish and chips that I have ever had.  This was the first beer battered fish that I could actually taste the beer essence in the batter.  It was cooked perfectly, moist on the inside and crispy on the inside.  And the chips!  Real housemade chips!  Crispy and perfectly seasoned.  I also liked that it was served with a lime caper aioli sauce instead of a tartar sauce. 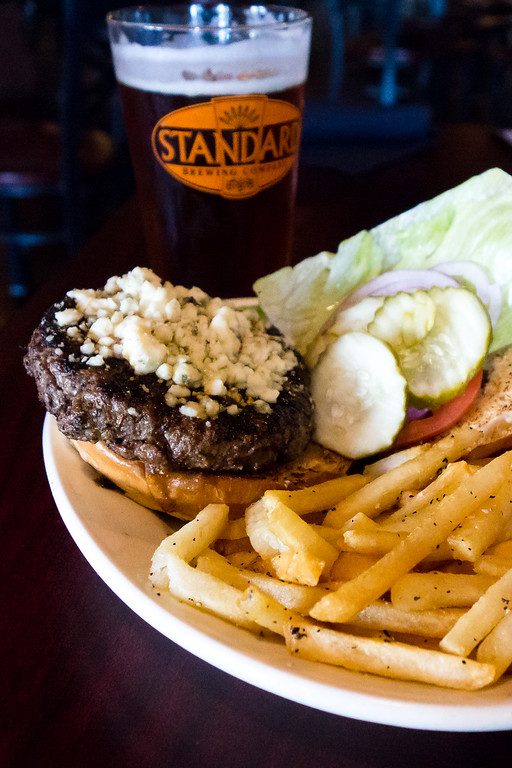 My husband said that his burger was moist and also cooked perfectly, with plenty of bleu cheese on top.  The fries were hot, crispy and seasoned.

All in all, we really enjoyed Standard Brewing Company and will definitely go back on our next trip to St. Louis.

Follow me on Yelp to see more of my reviews!